More Las Vegas shows and performers will be able to reach their fans on-line thanks to a new pay-per-view style partnership between The Space, a popular Las Vegas performing arts venue and BroadwayWorld.

Broadway and live music lovers are sure to embrace the opportunity to enjoy the very best talent without leaving the safety of home, while providing artists with the opportunity to earn income while reaching out to fans during these challenging times.

The Space will now have a dedicated home on the popular hub for Broadway news and unique streaming events, BroadwayWorld, giving the Las Vegas venue the national spotlight. 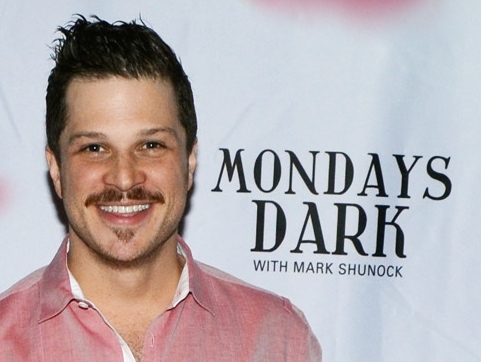 “We’re thrilled to be able to bring The Space into homes around the world and give the great talent in the Las Vegas performing arts scene and beyond a national stage,” says Mark Shunock, founder of The Space and creator of Mondays Dark.  “I’m extremely proud to be able to help our industry earn again.  It’s been months of no income for so many.  Our team at The Space is ready to help get as many as we can back to work.”

“Bringing live entertainment back and helping both venues and entertainers re-open their doors was a key motivator towards the launch of the BroadwayWorld Events streaming platform” said Robert Diamond, CEO of BroadwayWorld. “I can’t think of a better way to expand the events we’re streaming than in one of my favorite cities for top-notch live entertainment and with a hot, tech-savvy venue that’s got the same mission.”

Upcoming Virtual Shows at The Space – visit  The Space  for additional details.

An Intimate Evening with the Righteous Brothers. Join Rock and Roll Hall of Famer, Bill Medley and his partner Bucky Heard, as they take you on a nostalgic journey through the legendary musical stylings of one of the greatest rock and roll duos of all time. In this intimate series, Bill opens up with friends and family about the stories that made the music. Special guest appearances.

Vin Adinolfi & Vin A pay tribute to our first responders with a very special father/son performance. The Bronx Wanderers have been wowing audiences around the globe for 16 years. Vin Adinolfi, his two sons, Nick and Vin A, and their three high school friends round out this high energy family group. The Bronx Wanderers have had a residency in Las Vegas since 2016, currently headlining at Harrah’s Resort and Casino. 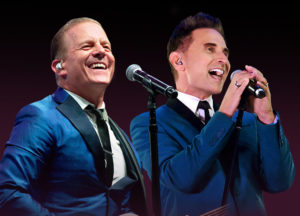 As Las Vegas’ premier entertainment community and the city’s most anticipated fundraising event, Mondays Dark was founded in November 2013 by entertainer and philanthropist Mark Shunock. His goal was to provide the community a sizzling mix of entertainment, music and comedy while supporting local charities such as Opportunity Village, Nevada SPCA, Orion Cancer Foundation, Keep Memory Alive, AFAN Aid for Aids of Nevada, and Habitat for Humanity.  Since its launch, Mondays Dark has raised more than $1 million for Las Vegas charities, one event at a time, one ticket at a time.

For additional information on The Space or Mondays Dark, or visit  www.thespacelv.com or www.MondaysDark.com and follow on social media @thespacelv or @mondaysdark.

November 24, 2017 Stephan Martin Restaurant Reviews 0
Las Vegas is home to plenty of glitz, glamour to go along with celebrity chefs and restaurants to match. What you don’t find often is a spot that feels warm and inviting and like your […]

February 10, 2018 Stephan Martin Entertainment 0
Las Vegas has become home to the music residency, and why not? You have glorious venues, hotels galore and most of the time it is simply an elevator ride down and you are walking into […]